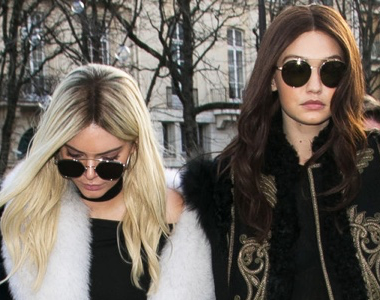 Best friends and fellow supermodels, Kendall Jenner and Gigi Hadid, may have just done what most friends never do for one another…swap hair colors.

During the Balmain show at Paris Fashion Week, Kendall, normally known for her dark brown straight hair, suddenly had wavy blond hair; Gigi, who's is known for beachy blond hair, was suddenly a brunette.

Although these transformations were just wigs, they were seen post-show with their newly swapped looks. Sounds like it was fun playing dress up.

One of the Biggest Hair Color Changes in Hollywood so Far in 2018!

Looking for the Right Hair Color? Look Straight into Your Eyes!