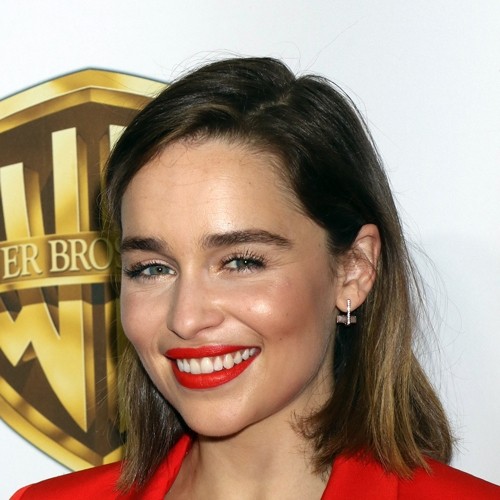 Just a couple of days ago, Emilia Clarke had everyone talking when the normally brunette actress suddenly changed her hair to platinum…channeling a look much closer to her Game of Thrones character’s platinum ‘do. This move made GOT fans begin to wonder why the actress, who has portrayed the platinum wig-wearing character of Daenerys Targaryen for 7 years, made the change NOW...could it be due to an upcoming plot twist??

The experiment continues. My IQ has stayed around average and my need to be near fire breathing creatures and uncomfortable seats made of iron has trebled. #hereslookingatyoukid #canyoutellthiswasshotonaniphone? #apparentlyblondestakemoreselfies ????

AAAAHHHHHHH SHHHHIIIII****** ???? I done did it. Mother of dragons meet Emilia. Emilia meet mother of dragons. If you squint just so you might never know. ????⚡️ All hail to the magnificence of @kevalexanderhair and @candicebanks74 the genius creators of 'KHALEESI WIG' (and not forgetting all the hair on game of thrones for 8 glorious years) for at long last making this magical moment a reality. ????????❤️???????????????? #khaleesikicksoff #gameofthrones #cominghomeneverfeltsogood

Then, as of yesterday, that look suddenly vanished as quickly as it appeared. Posting this to Instagram, Emilia is pictured with director Ron Howard on the set of the new Han Solo movie. As you can see, she is back to brunette and has suddenly has bangs! Clearly, this look must be tied to her new movie character!

Well, now that really was an adventure. The perfection that is @realronhoward posted this little nugget and I had to share again. #untitledhansolomovie was a trip and a half but this genius here made it one I'll never forget. #happydays #lotsandlotsofhappyronhowarddays ???? #maytheforcebeuntitledhansolomoviebaby! ❤️????????⚡️

Whether platinum or brunette, both looks just prove Emilia is willing to do anything hair-wise in the name of getting in character!


Tweet
How do you feel about this post?
Happy (0)
Love (1)
Surprised (0)
Sad (0)
Angry (0)
Tags:
Celebrity Hairstyles Emilia Clarke
A Big Step Towards Full Disclosure of Product Ingr...
The Best Emmy Hair Goes To…