Selena Gomez Got Everyone! 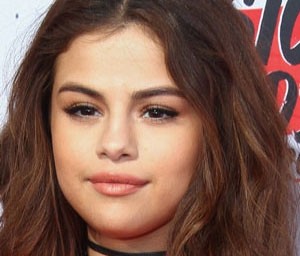 Was this a late April Fool’s Day joke?

Just a few days ago, Selena Gomez debuted a new shorter bob on Instagram and had everyone loving it, including us!

However, in just two short days (and one red carpet appearance later), everyone started to wonder how her hair was suddenly longer again. Well folks, as it turns out, the shorter bob was actually a wig!! Sounds like she was taking a page from Kylie Jenner!

And, here is her real hair two days later…

Tweet
How do you feel about this post?
Happy (0)
Love (0)
Surprised (0)
Sad (0)
Angry (0)
Tags:
Selena Gomez Bob Haircut
What’s in Your Shampoo?
Why Do Your Hair Products Seem to Suddenly Stop Wo...

Ready for a Hair Change? Kim Kardashian’s Hairstylist Just Shared a Few of His Hair Ideas for Fall